PowHERhouse partners with Dentons on a bold, action-focused, purpose-driven approach targeted to move the conversation of Women on Boards forward with tangible outcomes.

EDMONTON:  On April 10, 2019 Edmonton leaders, business and community champions, innovators, entrepreneurs and gender equity advocates with gather at the Royal Mayfair Golf Club for a networking breakfast and Board PowHER panel discussion.

We are pleased to announce our moderator and panelists: 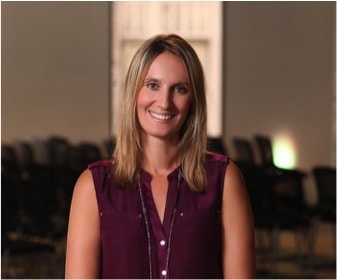 Joanne Fedeyko is the CEO of Connection Silicon Valley (CSV), an organization that helps companies collaborate, connect, innovate, and partner with Silicon Valley's world-renowned technology ecosystem.
CSV founded the Canadian Women’s Network in 2018, designed for Canadian female founders, women in tech and female business leaders. It offers connections into Silicon Valley via our trusted network of “Connectors” and their networks to help women grow their business, drive economic value back to Canada, and strengthen their own personal and company profile.
Joanne is also the Managing Director of theBoardlist Canada. theBoardlist is a curated talent marketplace for CEOs, leading executives and investors to recommend, discover and connect highly qualified women across industries with private and public technology company boards in a private, trusted, peer-to-peer platform. 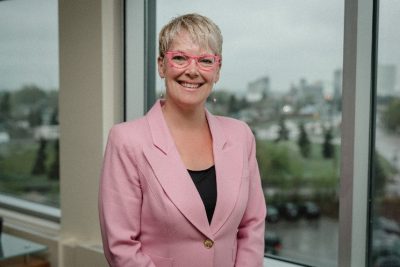 Tracey Scarlett is the President of BioQuest Ventures Inc., providing consulting services for entrepreneurial companies looking to develop and expand their businesses as well as for organizations looking to build more effective and inclusive programs for innovators and entrepreneurs.

Tracey is a Trustee of the Sawridge First Nation Trusts, is a Director of the Business Development Bank of Canada and is Vice Chair of Travel Alberta. She is a past Council member of the Natural Sciences and Engineering Research Council, is a current member of the Committee for Research Partnerships for NSERC and has held Director positions on numerous other non-profit and economic development boards including Edmonton Global, Edmonton Economic Development Corporation and Alberta Women Entrepreneurs.

Previously, she was Dean of the JR Shaw School of Business at the Northern Alberta Institute of Technology (NAIT) where she established the Mawji Centre for New Venture and Student Entrepreneurship, a campus wide initiative to build entrepreneurial mindset into polytechnic education for students. As Chief Executive Officer of Alberta Women Entrepreneurs, she led development of entrepreneurship programs focused on enabling women to achieve their full entrepreneurial potential. She was also Chief Operating Officer of KMT Hepatech Inc., a biotechnology start-up spun out of the University of Alberta, and previously co-founded an electrical contracting company.

Tracey holds a diploma in Medical Laboratory Technology from NAIT, a Bachelor of Science in Medical Laboratory Science from the University of Alberta and an MBA with a specialization in Technology Commercialization from the Alberta School of Business at the University of Alberta. Tracey has taken the Institute of Corporate Directors - Director Education Program and will complete the ICD.D designation in 2019. 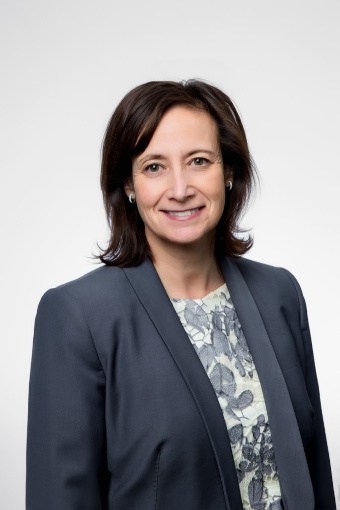 Shawna Vogel is the General Counsel and a Managing Director of the Katz Group, one of North America's leading privately owned enterprises, with operations in sports & entertainment (including ownership of the NHL Edmonton Oilers, the WHL Edmonton Oil Kings and the AHL Bakersfield Condors) real estate development and operation (including Rogers Place and ICE District), on-line retail and public and private investment.

Prior to joining the Katz Group, Shawna was a partner in Dentons Canada LLP in Edmonton. In 2016, she served as the Presiding Member (Chair) of the Dentons Canada Board (the first female chair) and a Global Vice Chair. For over 30 year's Shawna’s practice focused on mergers and acquisitions, sports law, corporate reorganizations, financing, and international trade. She has represented industry and governments in disputes under Canadian and multilateral trade agreements and has been a panelist in two Canada-US NAFTA trade disputes.

Shawna received the Women In Law Leadership Award 2018 for leadership in the profession (in-house), was named "Lawyer of the Year: Alberta" in Mergers & Acquisitions Law, Edmonton (2017) by The Best Lawyers in Canada, was awarded a Lexpert Zenith Award Celebrating Women in Law in 2017, was recognized by Best Lawyers in Canada as one of Canada’s leading lawyers in the areas of Corporate Law (2016), Mergers & Acquisitions Law (2016) and Sports Law (2011–2016) and by Legal 500 Canada in the areas of Corporate M & A (2017, 2018) and International Trade (2017) and has been repeatedly recommended by The Canadian Legal Lexpert Directory as one of Canada's leading lawyers in the areas of Corporate Commercial Law (2014, 2015) and International Trade Regulation (2015).

Shawna has attained her ICD.D and is the proud grandmother of Hudson and Ford. 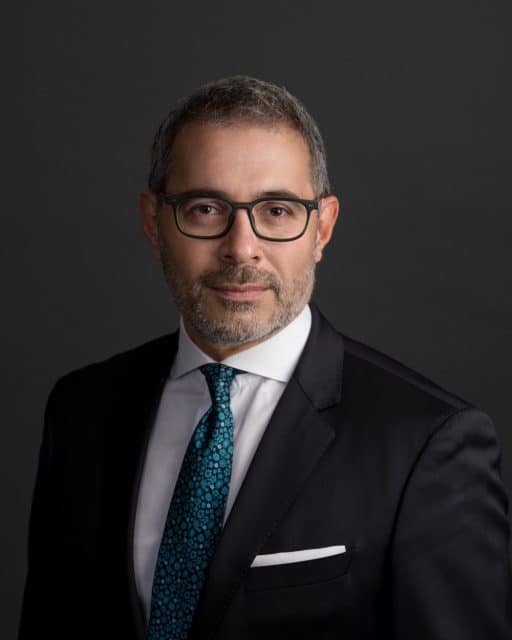 Joe Gagliardi is a FCPA, FCMA, having received his designation in 1996 and his Fellowship in 2014. Since 2006, Joe has worked in recruitment, specifically helping senior level accounting & finance professionals find new career challenges. In 2011, Joe co-founded Recruitment Partners Inc. (now the Managing Partner); a recruitment firm specialized in professional services with offices in Calgary & Edmonton.

Joe is an active volunteer in the business community and with post-secondary institutions. He holds an ICD.D designation that compliments his board work. Joe was a director for the Certified Management Accountants of Alberta, where held the position of Vice Chair and Chaired the Governance Committee. He also was a director of a publicly traded corporation on the TSX – Venture Exchange, where he was the Chair of the Audit & Risk Committee. Currently, Joe sits on the Board of Governors for the Chartered Professional Accountants Education Foundation (CPA Alberta), where he chairs of the Nomination Committee and has personally funded a scholarship to assist the next generation of business leaders.

Canada could become a globally recognized champion for women, applauded for its pioneering approach to building a stronger national economy, one powerful woman at a time, rocketing more women into influential, senior leadership roles –on boards, in organizations, in politics, and leading in global business headquartered in Canada.  Events like Board PowHER take us one step further towards that goal.

To arrange Board PowHER media interviews with Charlene SanJenko of PowHERhouse or Heather Barnhouse of Dentons, please contact:  media@powherhouse.com

PowHERhouse is a national women's leadership accelerator that provides voice and visibility for women, amplification of impact and offering an inspirational message for what is possible.   powHERhouse.com