Your Path to Political Leadership

The ultimate goal of this initiative is to use a gender-aware lens to build better communities.

By activating and empowering more women and non-binary people who share our values of strong, inclusive, resilient, healthy communities, we ignite a clear path to successfully run for elected municipal office for future generations.

Join us for a not-to-be-missed Saturday morning meet-up!

Christina has more than 20 years of experience on numerous policy governance boards spanning from health care, government, information technology, and community planning. She studied political science for her undergrad and completed her MA in Leadership at Royal Roads University.

As former Mayor for the Town of Golden, her leadership journey forced her to face her resistance to uncertainty and discomfort. Now she uses her lived experience to help others develop leadership muscles, welcome curiosity into discomfort and expose the behavioural patterns, beliefs and stories that keep teams out of collaboration and partnership. “Power dynamics, hierarchies, and competitive ‘us and them’ thinking is a risk to all of us,” says Christina.

“Not addressing relational fissures creates low functioning teams, and nothing gets done. The process of democracy is to hold a space for the many complexities that all governments face. Relationships have to be cultivated and maintained so that when tough conversations happen, you have the foundation to stay in the room. You don’t even have to like each other, but you have to build trust and listen to each other.” Learning to do this is what Christina calls building Relational Currency.

Charlene grew up in Armstrong, BC, just 13 minutes away from the Splatsin Band, home of her birth mother. Raised by an adopted family, her personal story is a powerful narrative about finding her authentic Indigenous roots and standing tall. Today, she is an Indigenous Impact Producer and lives on the Sunshine Coast, the traditional territory of the Squamish (skwxwú7mesh) First Nations.

Her career—a 20-year commitment to expanding human potential—includes two terms as a municipal politician, a competitive athlete and a performance coach, media visionary, and a community economic development enthusiast, including five years in the investment services industry.

Charlene is deeply committed to supporting women, particularly historically disenfranchised women, to find a voice at the political table.

“When we can SEE ourselves or people that look like us in politics, we’ll feel like we also belong in politics! The brightest and most effective politicians do not all come from one particular group. Good governance and fresh, insightful ideas happen when those at the political table bring unique, diverse experiences, perspectives, and opinions on critical issues that serve the needs of an entire community. If you are a woman, non-binary or historically disenfranchised person, your voice is essential at the table,” says Charlene. 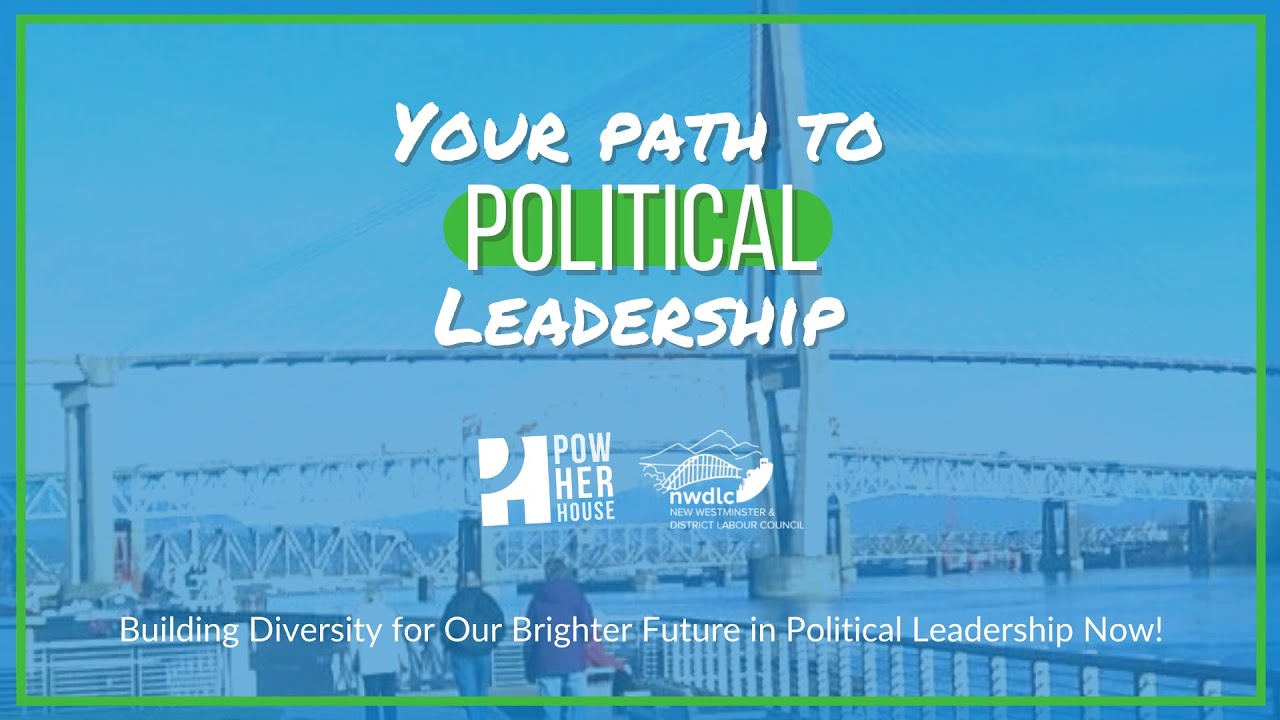 Janet is proud to be a part of a grassroots, local organization with a strong tradition of workers speaking out on issues affecting their workplaces and communities.  NWDLC represents more than 60,000 union members in 14 of British Columbia’s Lower Mainland municipalities.

A member of the International Association of Machinists and Aerospace Workers Union Local Lodge 764, Janet has served on her Local’s Executive Board, as chairperson for the Women’s and Political Action Committee, on various Bargaining Committees and as chief steward of Local Lodge 764’s bargaining unit.

Currently, Janet serves as a labour representative on the Board of Directors for Invest Vancouver and United Way of British Columbia.

“Labour values are the foundation of everything we do at the NWDLC, and it is important to us that political leaders who are seeking our support share these values”, says Janet.

NWDLC and PowHERhouse are joining forces for a second year to support and prepare women and non-binary people to run for a political campaign in the next one to five years.

“We are living with the results of years of unbalanced striving for exponential economic growth at the expense of working people, families, the environment, Indigenous people and our communities. By supporting progressive, diverse leaders who govern with community-focused values, we will be able to regain a balance that will serve all people”, says Janet.

After moving from New Zealand in 2005,  Hillary calls the traditional unceded homelands of the hən̓q̓əmin̓əm̓ and Sḵwx̱wú7mesh speaking peoples, commonly referred to now as Burnaby BC, her home.

A degree in Communications Studies and Television Production from Auckland University of Technology and experience at Burnaby City Hall prepared Hillary for her role at IATSE891, the largest film union in Canada.  Her duties include advocating daily legislative issues before the government and working to foster health and growth in the film industry.

Last year, Hillary was a cohort participant preparing for a role in municipal politics. “I am considering running for Burnaby Council one day because municipal public service affects everyone’s day-to-day life”, she says. Joining the cohort allowed her to explore healthy leadership. “Whether you are ready to run for office now or just asking questions, the cohort gave me confidence that comes from being fully yourself. I learnt that when you are in a room where everyone is fully themselves but maintaining low levels of ego, you can interact more richly across differences and conflicts and find bridges to healthy collaboration.”

“When we can listen without ego, we begin to hear how much the world around us has to offer, not for us to take, but for us to dwell in. Giving space to others to raise their voices and be heard—without it impacting our ego—is a precious use of the privilege afforded when we are in leadership positions”, says Hillary.

Join us for a not-to-be-missed Saturday morning meet-up!

Plan to join us for our morning kick-off event on Saturday, April 2nd, followed by a group cohort experience running monthly from April 20 until June 29 with 24/7 online 'classroom' connection and accessibility. 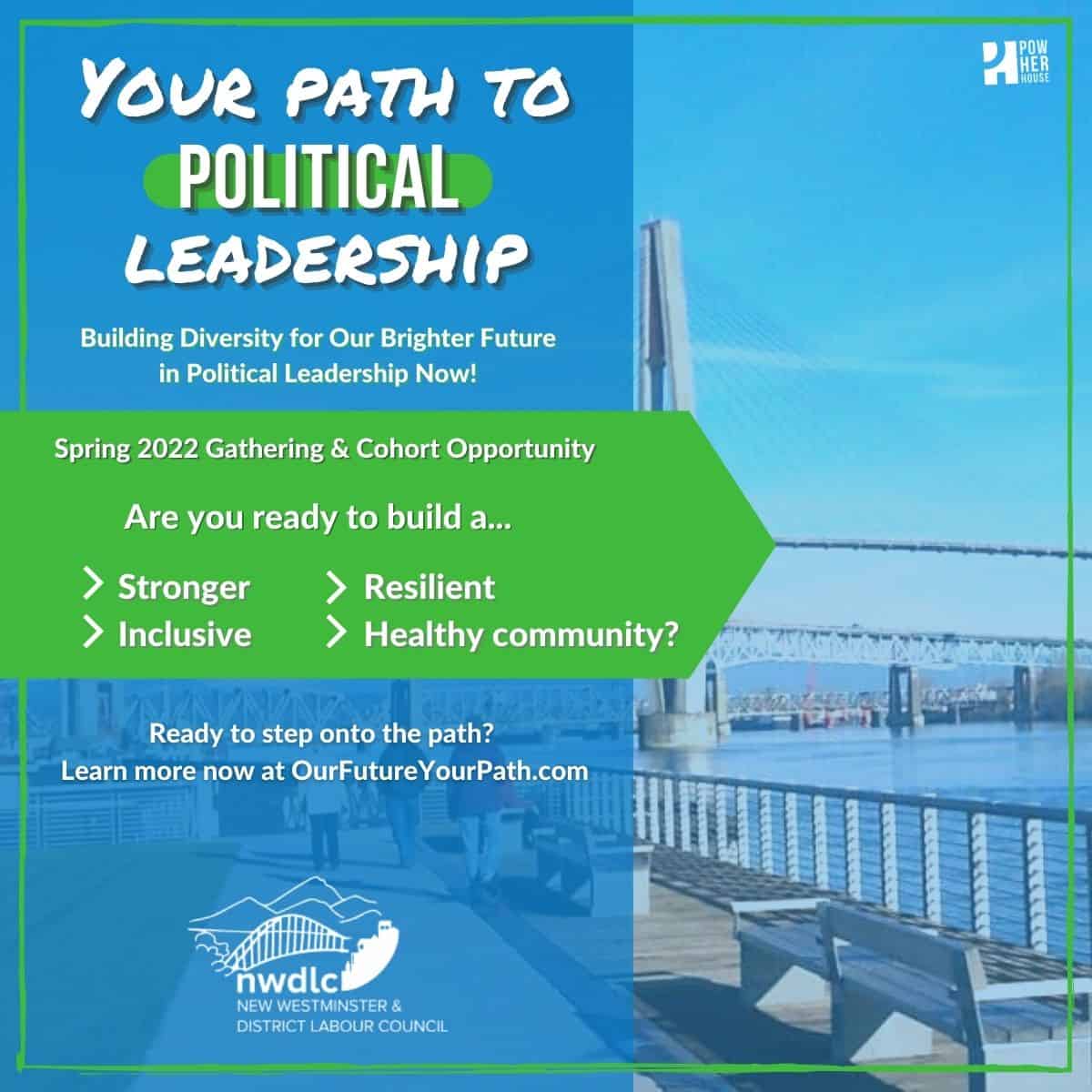 To learn more about this initiative and receive event details and program updates, please register here:

VISIT THE NWDLC WEBSITE
EMAIL THE NWDLC
Scroll To Top