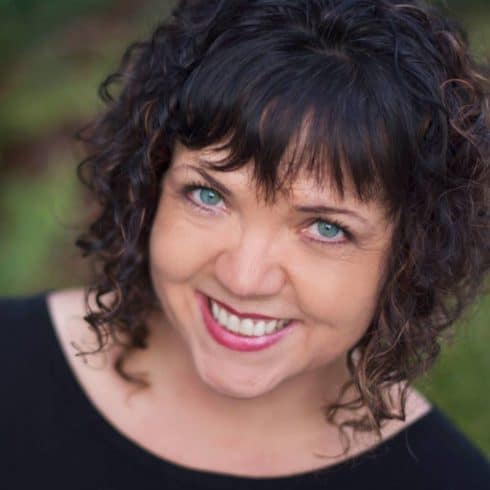 When Kait was told, at about nine years of age, that she couldn’t have it all, she took it as a challenge.  Nearly forty years later, she’s still meeting that challenge, adding purpose and passion as she lives life to the fullest, often in spite of, through and because, of the challenges that can so easily get in our way.

Kait has learned over the years that having it all is very different than wanting it all, and sometimes the hardest part is knowing where to focus your passion. Through a realization that having what you don’t want is a barrier to getting what you do want, Kait is continually fine-tuning what it means to be happy and healthy while living life to the fullest.

Her insatiable curiosity has taken her sky-diving in Victoria, heli-staking in Alaska, scuba-diving in Roatan, sight-seeing in Beirut, celebrating a new century on Las Vegas Blvd, crossing the Tough Mudder Finish Line in Whistler and racing across the Salish Sea in a bathtub.  She says those are just the highlights, and she’s far from finished. 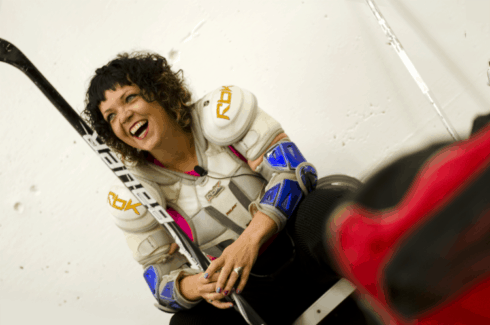 Since earning a Communications Diploma from the Applied Communication Program at Victoria’s Camosun College in 1994, she’s worked in ever-changing roles at Shaw TV, currently as Host/Producer of the flagship program, go! Magazine.  She is also the Executive Producer of the volunteer produced program, The Show.

Kait took a break from television when moving from Victoria to Nanaimo in 1998 to work as Publicist & Marketing Director for a professional theatre company.  It was her interactions with the local paper during that time that landed her “In the Heart of the City”, a weekly column that played an important role in the rejuvenation of downtown Nanaimo and then “Kait’s Quirks”, a weekly column celebrating the quirky side of life. Kait did a small stint with Island Radio as the Morning News Anchor before returning to her medium of choice.

Kait first met Charlene SanJenko while preparing for a PowHERtalk in Nanaimo in October of 2015 but says it was a random email from Charlene that laid the path to PowHER TV.

“She was on her run and said she had been thinking about me,” Kait says.  Like many women, Kait had been struggling with her ask, a key component in what it takes for women to empower, uplift and lead each other.  This is part of the powher behind PowHERtalks. “Char was wondering if I was looking for more work or if I was actually looking for more acknowledgment and exposure for the work I was already doing.  The clarity for me was huge, and in that moment I gained a huge and devoted respect Charlene and the purpose behind PowHERhouse.  I saw the powHER behind the theory that collectively, we have everything we need.”

PowHER TV is one of those projects that was destined to happen.  Kait was working on a new half-hour talk show and it kept falling down the priority list, and then Charlene pitched the idea of PowHER TV, and it all fell into place.  It’s amazing what can happen when you ask questions and state what it is you want.

Kait’s natural curiosity, fascination with the human condition and ability to connect quickly and deeply with the people she interviews have all allowed her to maintain a career in media on Vancouver Island for more than two decades.  PowHER TV is the next phase in an already rewarding career.  Kait is honoured to have the opportunity to engage with so many inspiring women.

Kait lives in Parksville, BC, with her partner and two children.