Michael Lang, Chair of Stonebridge Equity Partners, has been involved in developing and financing businesses throughout his career.

He holds a Bachelor of Science degree and an MBA from the University of Alberta.  Since graduating, he has worked with a wide array of successful businesses. One of his career highlights was as the Vice-Chairman and CFO of Beau Canada Exploration Ltd., a company he co-founded in 1988 and sold in 1999 as a TSX 300 company.

Michael has also been a director of over a dozen private and public companies and was recently the Vice-Chairman of AgJunction Inc. (T: AGX), a Toronto Stock Exchange-listed agricultural technology company.

He co-founded Stonebridge in 1996 and is currently the Chairman, actively involved in Stonebridge’s investee companies as a board member and advisor. 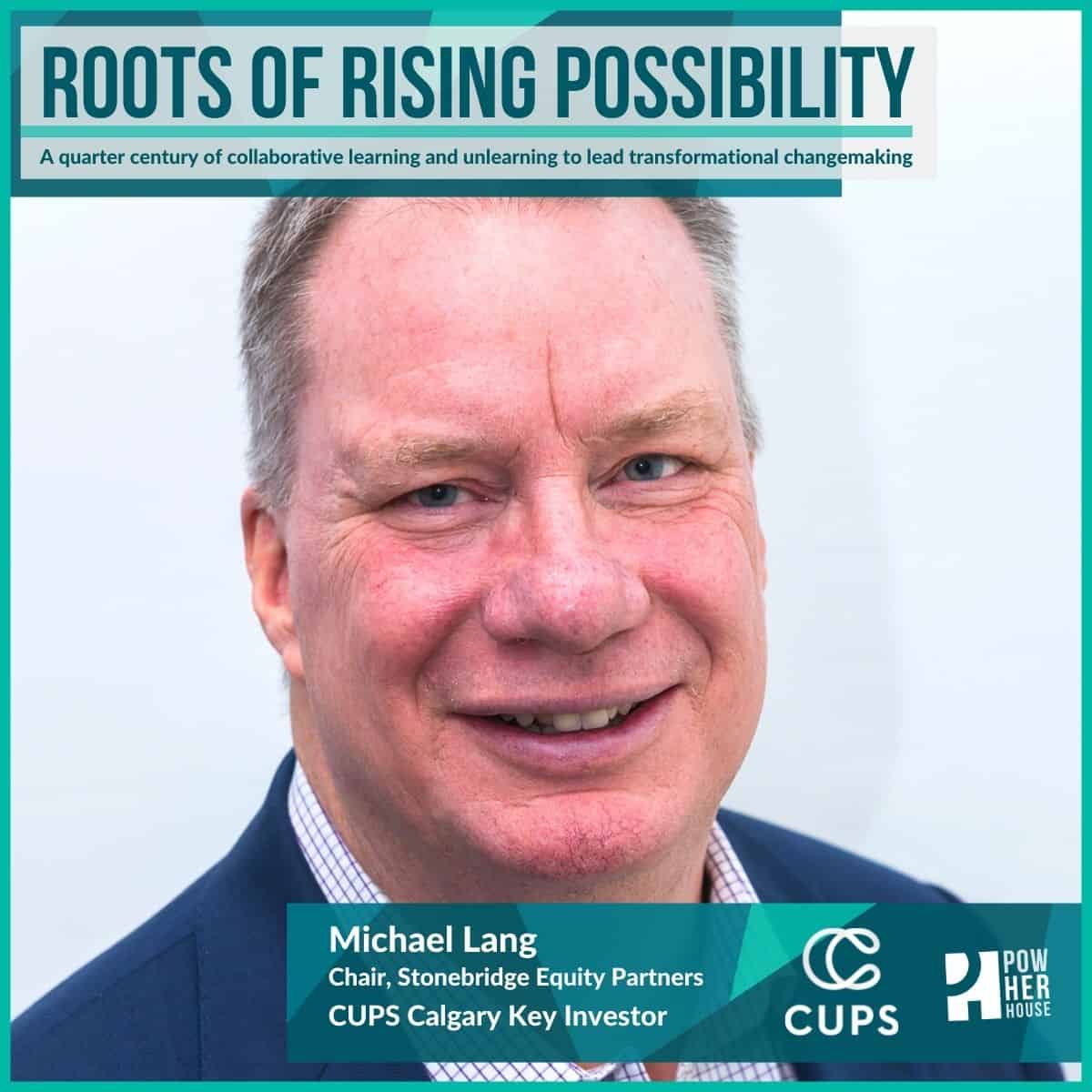 25 years ago, Michael became involved with CUPS as a board director and for nearly 20 of those years he has served as Chairman. The charity was operating out of a small but functional building in the core of downtown Calgary with a revenue base of $600,000 a year. Last year, CUPS worked with nearly 10,000 struggling Calgarians operating with a budget of about $17 Million and 160+ employees. A remarkable accomplishment!

Although Michael humbly suggests that he has only facilitated the growth at CUPS, he has, without a doubt, brought a  wealth of experience, common sense, and business acumen to the organization. He was the board Chairman during three capital campaigns.

The first campaign raised the funding to build and operationalize the CUPS Child Development Center (formerly One World) on 11 Avenue in Calgary, which provides early intervention to pre-school and kindergarten education for about 60 children.

Michael negotiated with Encana (now Ovintiv Inc.), as part of the $20 million capital campaign to relocate CUPS from its longtime home on 7 Avenue SW to its current home on 10 Avenue SW, to buy the original CUPS building and donate $4 million into the new CUPS center, renovations and program funding. "Encana was terrific," says Michael. "They gave us $7 million-plus for a building they purchased." It took negotiation skills and diplomacy from Michael and the CUPS team to broker the deal. The relocation resulted in a 300% space increase for CUPS to offer critical services to those accessing supports. This immediately expanded its capacity to support clients by 30% and continued to grow in future years.

CUPS is currently in a third capital campaign under Michael’s leadership to build out the remainder of the undeveloped space in its current location to expand mental health support, particularly for vulnerable families.

As the CUPS board Chairman for nearly 20 years, Michael is clear that the board’s role is to assist the organization as a business-orientated board.

Michael has seen a lot of change at CUPS, such as using data to understand the complexity of the clients that CUPS serves. The introduction of brain science has taken the organization beyond providing food and services to provide an all-encompassing way to deal with other mitigating circumstances. “Carlene Donnelly was the driver. As a board, we tried to minimize obstacles to achieve the bigger vision that she was creating for CUPS,” he insists.

“Carlene is an exceptional Executive Director. She is a driven and compassionate person who has the unique ability to deal with an internal organization and outside partners in a candid and fair fashion. Often leadership is either good at the internal organization of a business or charity; or good at the customer, funds or sales side. Carlene has the unique ability to do both,” Michael explains.

“It has taken years to get to where we are,” he says. “Beyond the buildings and finances, which have been a huge part of my role, technology has enabled CUPS to capture and interpret data, which has become a focal point moving forward. And, we still have a long way to go,” he adds with excitement. Science, technology, and business are exciting to Michael, which is why he stays engaged with CUPS.

"Through relentless effort, unwavering commitment and sheer determination, Michael Lang led CUPS through uncharted waters, shifting away from the traditional non-profit operational model to becoming one of the first organizations in Canada to apply an evidence-based, integrated care approach that was based on brain science.  His business expertise, results-oriented mindset, and passion for our work, made all the difference in CUPS management having the support they needed to take on such an innovative and growth mindset shift.  He has been, with CUPS management, the most instrumental person in our journey so far."

Witnessing 25 years of growth and change at CUPS has also impacted Michael personally. The Brain Story helps us understand;

“There is a story behind why people are the way they are. Before I was involved with CUPS I would see a homeless person and think, 'why they don’t just get a job.' Now I realize that people are the way they are because of a history of trauma and many other experiences that have put them in the position they are in. Today, I am more empathetic, understanding, and aware. I realize that everyone has something going on, and that is a useful life tool for me,” he acknowledges.

As recently as the past five years, Michael positively asserts that there is a significant improvement in client outcomes. The organization needs more time to continue refining the data and methodologies it uses to help people. “It makes you feel good to see a direct impact,” he admits. In the meantime, Michael remains dedicated to the board of directors who he describes as smart and committed: “We have a terrific board of directors, and I am very proud of them.” 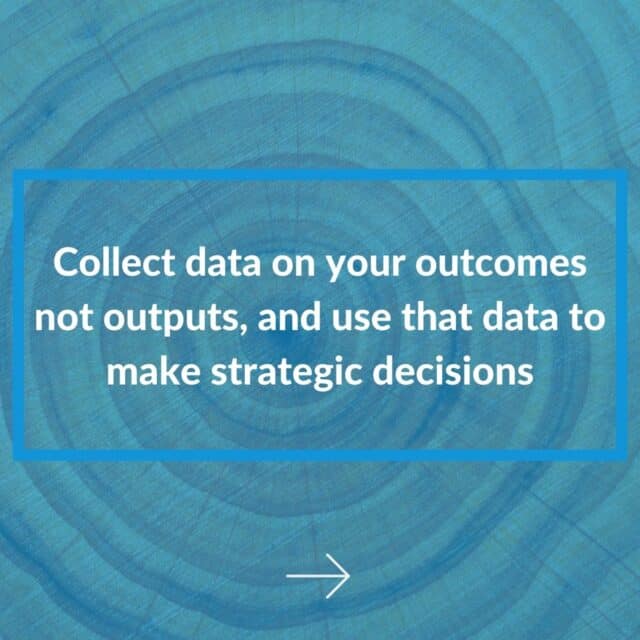 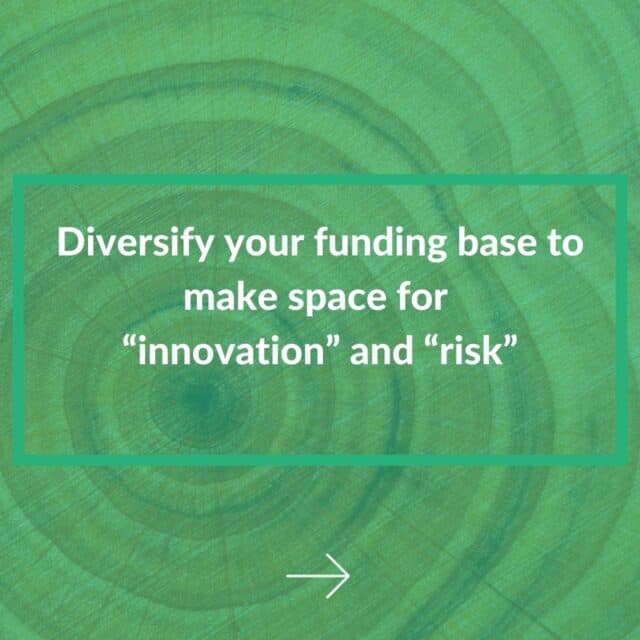 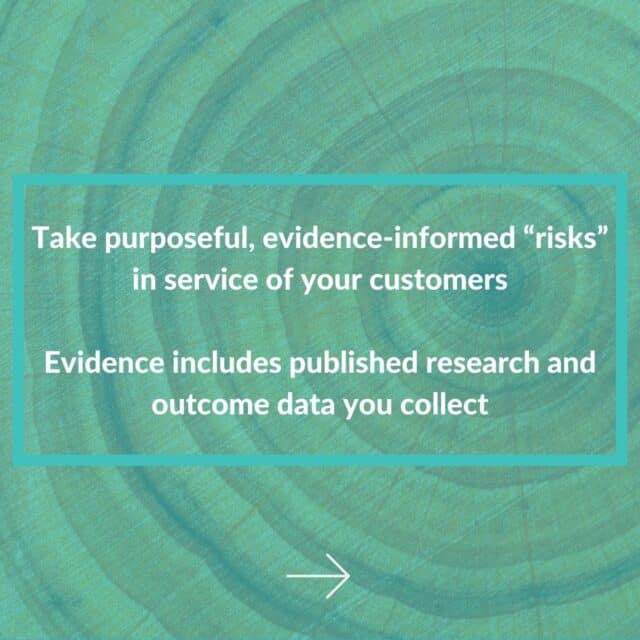 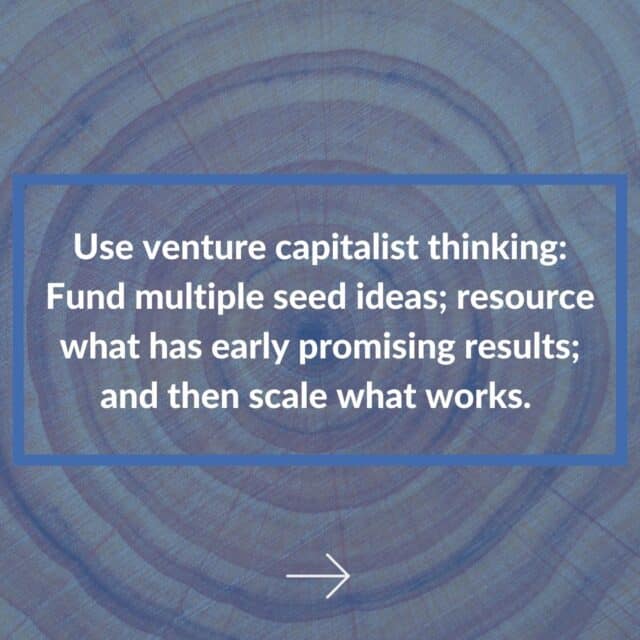 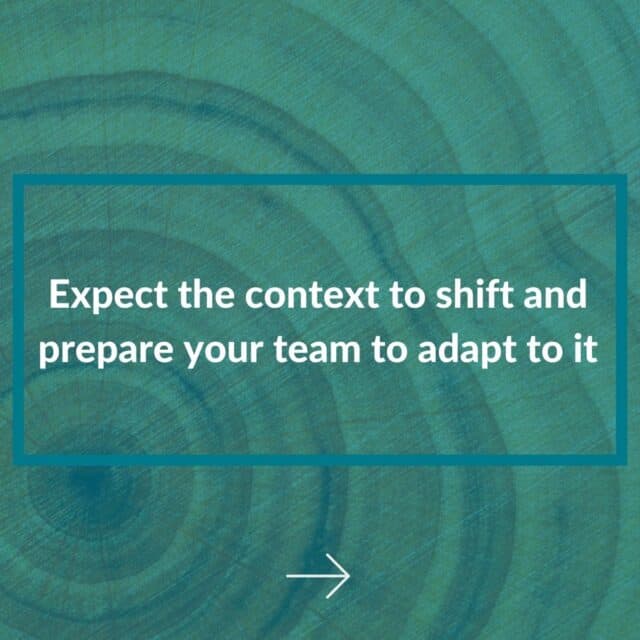 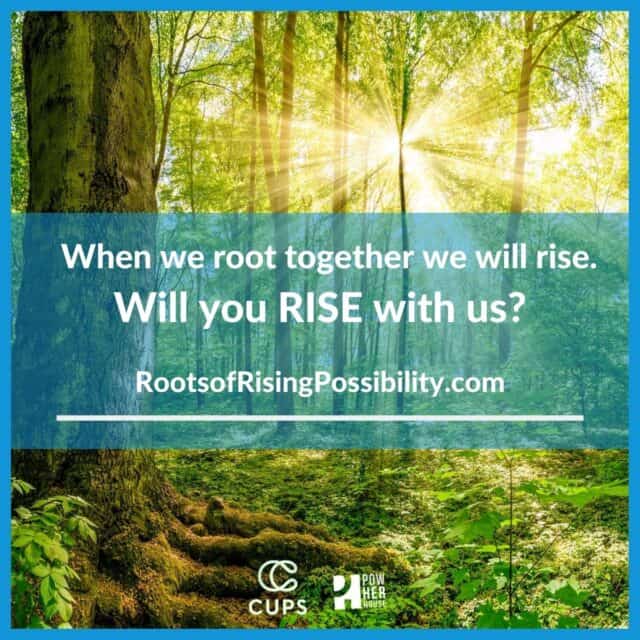